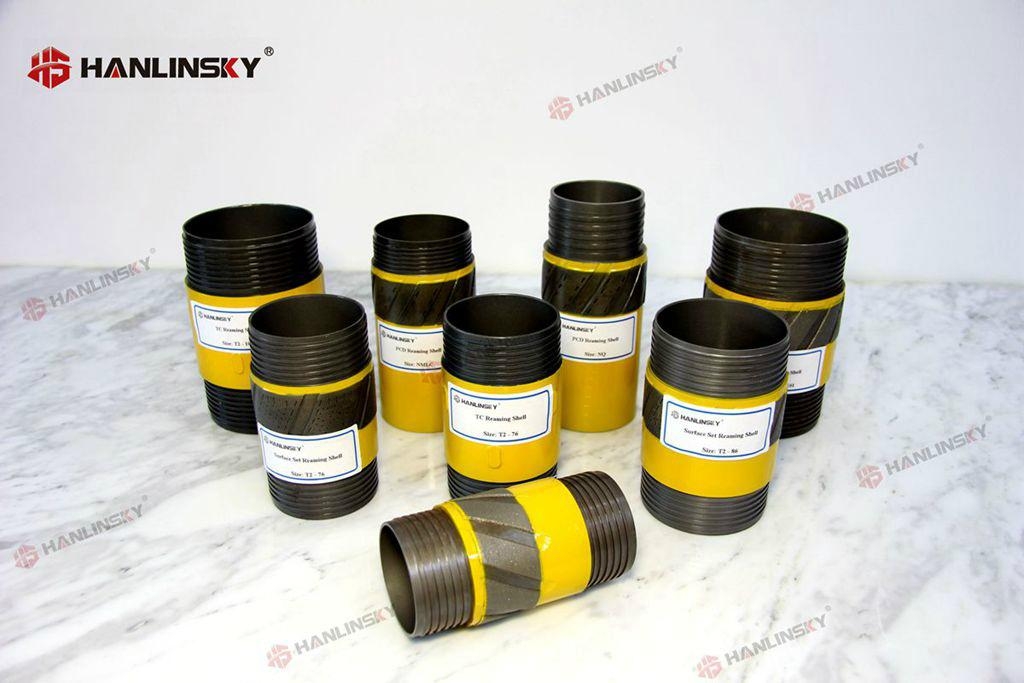 The reaming shell is part of an overall drilling system that includes a core retrieval device (core barrel assembly), the drill string (rods) and the drill rig itself. It is used to maintain the critical hole diameter and to stabilize the drilling system in the hole during operation.

Reaming shells (with double pads or three pads) are suitable to use in all formation conditions ranging from broken and abrasive to consolidated and non-abrasive. As this kind of reaming shell is physically longer than the standard type, it is necessary to use an appropriate inner tube extension in order to compensate for the difference in overall reaming shell length.